Before We Were Yours by Lisa Wingate

Two families, generations apart, are forever changed by a heartbreaking injustice in this poignant novel, inspired by a true story, for readers of Orphan Trainand The Nightingale.

Memphis, 1939. Twelve-year-old Rill Foss and her four younger siblings live a magical life aboard their family’s Mississippi River shantyboat. But when their father must rush their mother to the hospital one stormy night, Rill is left in charge—until strangers arrive in force. Wrenched from all that is familiar and thrown into a Tennessee Children’s Home Society orphanage, the Foss children are assured that they will soon be returned to their parents—but they quickly realize that the truth is much darker. At the mercy of the facility’s cruel director, Rill fights to keep her sisters and brother together—in a world of danger and uncertainty.

Aiken, South Carolina, present day. Born into wealth and privilege, Avery Stafford seems to have it all: a successful career as a federal prosecutor, a handsome fiancé, and a lavish wedding on the horizon. But when Avery returns home to help her father weather a health crisis, a chance encounter leaves her with uncomfortable questions—and compels her to take a journey through her family’s long-hidden history, on a path that will ultimately lead either to devastation or redemption.

Based on one of America’s most notorious real-life scandals—in which Georgia Tann, director of a Memphis-based adoption organization, kidnapped and sold poor children to wealthy families all over the country—Wingate’s riveting, wrenching, and ultimately uplifting tale reminds us how, even though the paths we take can lead to many places, the heart never forgets where we belong.

**If you think this sounds familiar, it is probably because Berit has already reviewed it.  To see her review, you can go to Berit’s Review.  Thank you Berit for making me read a book that i probably would never have picked up 😘**

This book was just wonderful, i thoroughly enjoyed listening to the audio book, expertly narrated by Emily Rankin & Catherine Taber.

I try not to read the blurb on books that i have been recommended as i tent to be put off, so as normal i went in to this one blind.

It wasn’t until i had got about halfway through that i realized that it is based on a true story!!!!!

This story is loosely based around the story of Georgia Tann, The Tennessee Children’s Home Society, and her involvement in the kidnapping, and child trafficking of hundreds of children.

Often mothers still heavy with sedation were told that the baby they had just delivered had died, or were just made to sign a paper, not really knowing that they were signing away their child.

Other ways of stealing children, well just taking them from your front porch was a normal occurrence!

This woman used to advertise the children in the papers as a “Live Christmas Present” or something equally as disturbing, but the thing is, people loved her, they saw a woman helping poor little orphans out, they didn’t see that behind closed doors the children were being beaten and physically/sexually abused.

In fact she was loved so much that movie stars and “well to do” people used to get children from her, the move star Joan Crawford actually got her 2 children (twins) from Georgia Tann at the Childrens home.

To this day some of the children that were taken from their parents have never found their families again, that is just so sad.

Even though this was a sad story to read, the way that the author writes was like pure poetry on the pages, and i loved it! 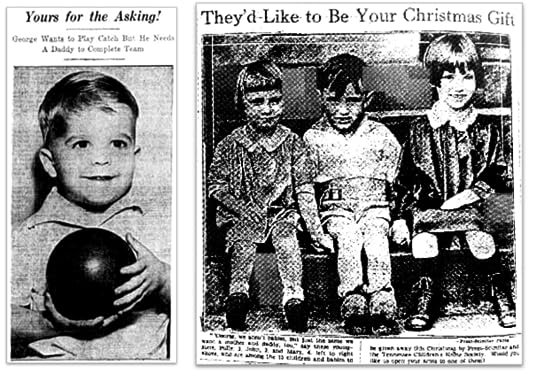 Ellie Watt is used to starting over. The daughter of a grifting team, Ellie spent her childhood being used as a pawn in her parents’ latest scam. Now she’s much older, wiser and ready to give her con artist life a rest. But returning to the dry desert town of Palm Valley, California means one more temptation than she bargained for – Camden McQueen.

Once known as the high school weirdo, Camden is bigger and badder than the boy he used to be and a talented tattoo artist with his own thriving business. Ellie’s counting on Camden still being in love with her but what she’s not counting on is how easily unrequited love can turn into obsession over time. When Camden discovers Ellie’s plan to con him, he makes her a deal she doesn’t dare refuse, but her freedom comes with a price and it’s one that takes both Ellie and Camden down a dangerous road.

SO my blog partner V and I have decided to do a Sunday swap…. we each recommended a book to one another that was a little out of our comfort zone this was my pick from Miss V…. this was not so much out of my comfort zone, but out of my current zone…. it was a dark romance and as of late I have not read as much romance as I used to…. I’m really on a huge thriller kick…. however I still love the love! And this book definitely had a dark edge to it, so I got my thriller needs met….

Ellie returns to the only home she has ever really known….. determined to live an honest law abiding life…. Ellie was raised by grifters and that is really the only way she really knows….. Ellie is carrying around a lot of scars both inside and outside from this life…. and really wants to go legit….. after returning home Ellie runs into Camden, the boy who had a mad crush on her in high school, the boy she would not give the time of day….. of course he is now super hot and super successful…. I’m sure you see where this is going? Or maybe not…. because things go sideways real quick!

This book definitely kept me entertained throughout…. I listened late into the night and never wanted to press the pause button….. don’t really want to say too much… but these characters took me on a crazy ride….

I felt as though this book was the perfect blend of romance and thrills…. however if you are not a romance fan I’d stay away…. on a steam scale of 1-10 I’d give it a Six!🔥🔥🔥🔥🔥🔥

My only problem with this book was Ellie herself…. the girl came home to get on the straight and narrow and within a day she was off that road… I just really couldn’t get a handle on her… I didn’t understand a lot of her past actions either, like why did she hunt down Javier? I never understood how that was going to hurt anybody…. she unquestionably has a lot of room for some character growth…. fortunately she did redeem herself a bit in the end….

PS: this book ends on a huge cliffhanger, apparently there are two more books in this series that I will need to get to sooner than later, so many books so little time!

🎧🎧🎧 Audiobook narration also owns 4 stars …. Veronica Den did a wonderful job with all her female voices, however the male voices were a bit goofy at best …. kind of tough to swoon over a guy when his voice makes him sound like a big goofball!

Welcome to Sunday, that day of the week when you think,

“I just have no idea what to read”

Well fear not my friends, for we will bring to you Sunday Swaps!!

Berit and myself will give each other a book to read which will be out of each others comfort zones.

It could be brilliant, it could be a total train wreck….who knows

We have 1 week to read the book, and then come back the next

Sunday with a review, and a new book to swap.

What could possibly go wrong!!???? 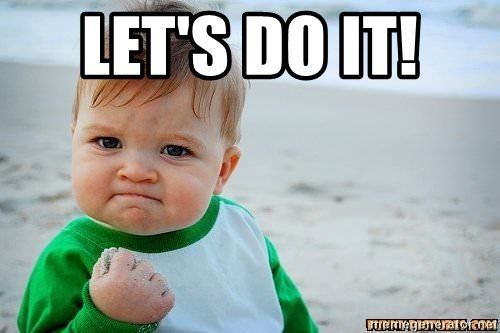 I Write, Therefore, I Am